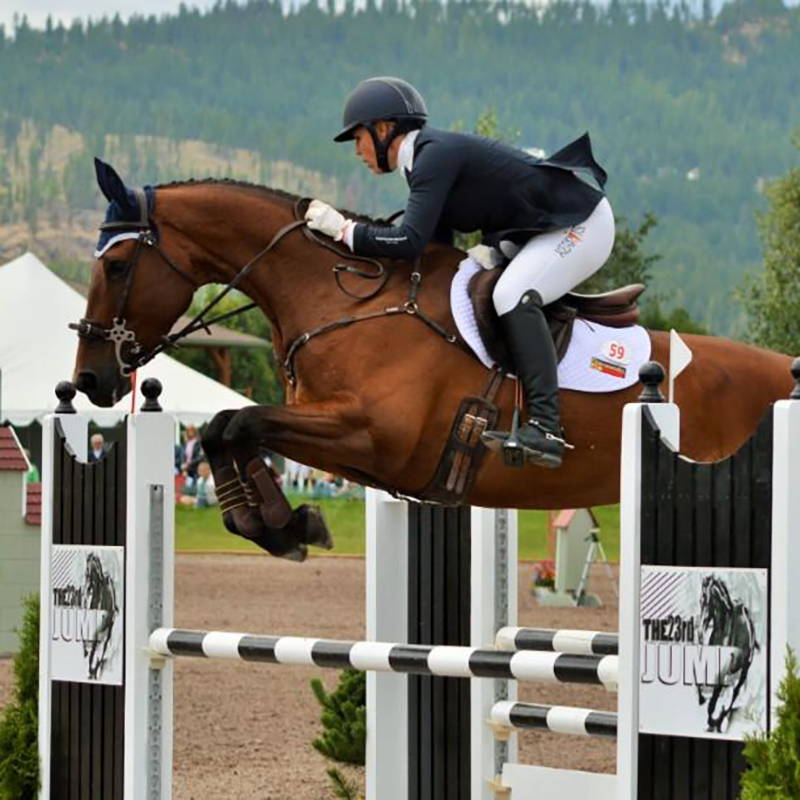 Heather, who grew up in California, represented the Area VI Young Rider Team in 1998 and 1999, bringing home Team Gold in 1999. She then went on to finish 11th the following year at the inaugural Foxhall Cup CCI***, also winning the Markham trophy for the highest placed Young Rider. Heather then, in 2002, went to work for past USEA President and U.S. Head of Selectors Mike Huber at his Gold Chip Stables in Bartonville TX. In 2004, Heather tackled Rolex for the first time with Rebel Express. But after a heart condition occured after XC, they decided to withdraw before SJ.

Then in 2011, he went on to finish Rolex CCI**** in 22nd and in 2012 tackled Rolex again. First Mark, owned by Lynne and Andy Partridge has also been very successful for Heather. He seemed to always be in Roe's shadows finishing 2nd behind him many times but he did win an advanced at Rebecca Farm, was 2nd in his CIC*** at Poplar and was 18th at Galways CCI*** in 2011. After several injuries, he is now teaching kids at the lower levels. Charlie Tango came to The Team in 2012. Charlie won the Training 3-day at Rebecca in 2013 and has moved up to Prelim in 2014 where he won the Prelim Horse class at the AEC's. In 2014, The Team Express Group welcomed Get Rowdy to The Team. He is a young prospect that shows great promise.

Heather has also won many achievements. She has been the only person to win the Amanda Warrington Grant twice, was given a grant as an up and coming rider to go watch Burghley and she has been on the Developing Riders list consistently the past several years. Heather is now head trainer at Gold Chip Stables in Texas.