Find a Retailer Near You
Access Denied
IMPORTANT! If you’re a store owner, please make sure you have Customer accounts enabled in your Store Admin, as you have customer based locks set up with EasyLockdown app. Enable Customer Accounts

According to USEF, the purpose of para-equestrian sport is to provide educational and competitive opportunities for athletes with physical impairments and opens up a world of competition to riders who may not be able to compete in other sports. The four main para-equestrian disciplines are as follows, and more detail will be provided about each in the coming sections. Para-Dressage, Para-Driving, Para-Jumping, and Para-Reining. 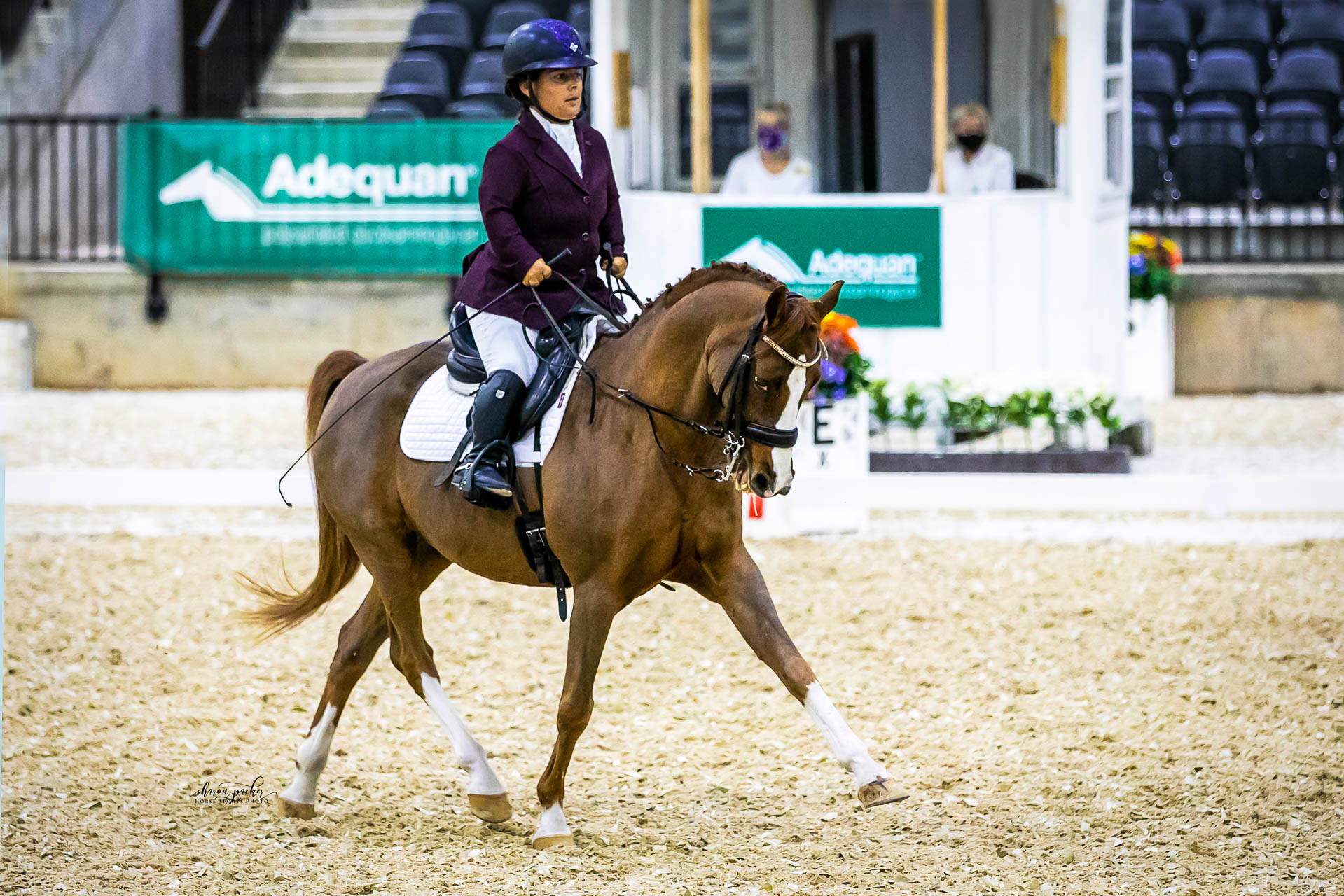 Para-Equestrian Dressage or para-dressage for short is governed by the FEI and is the only equestrian discipline included in the Paralympic Games, where it has been part of it since 1996. The sport is run in a similar way to able-bodied dressage, but athletes are divided into different grades depending on their abilities. Men and women compete together in the sport.

Before the FEI took over the governance of para-dressage, the sport was started in 1960 by Jonquil Solt and Jane Goldsmith, from the United Kingdom with help from their friends. The discipline was integrated into the FEI in 2006 and has been part of it since then.

Many para-dressage riders, like myself, start out by learning riding and horsemanship skills at a therapeutic riding center through their therapeutic riding program, and after a while realize that they would like to take their passion for horses and equestrian sport further by becoming a competing athlete.

Before going down the sport pipeline, it is recommended that all prospective athletes receive a national classification, which will enable them to compete in USEF recognized national competitions, and will help them enter the correct subclass based on their grade in local show para-dressage classes. Once athletes are ready to compete at the international level, they will have to obtain an international classification as well.

Within para-dressage, there is a specific pipeline and pathways for athletes to progress to the highest levels of sport. There are three tiers of athlete each with their own stages of development, definitions, support structure, and criteria for competition. The three tiers are: Emerging, Developing, and Elite athletes. Identification of talent for para-dressage is completed at PATH (Professional Association for Therapeutic Horsemanship) Centers, USEF/USPEA Para-Equestrian Dressage Centers of Excellence, US Pony Clubs, Dressage Competitions, and Veterans Service Organizations

The rules and scoring for para-dressage are similar to traditional dressage competition, with extra stipulations for each grade and extra information with compensating aids. All the movements are marked with a score from 0-10, 0 being the worst execution and 10 being the best. After a test is completed, collective scores are given for the quality of the paces, activity, submission, feel and skill of the athlete, and accuracy. After the test is completed and the judges give their remarks, the judging sheet is given to the scorers, who multiply the point scores by specific coefficients and total the decimals together to give the athletes final percent score. The final percent is the average of the percentages calculated by all the scorers in a class. Percentages in the 60s are considered good, scores of 70% and above are the preferred score and considered excellent, and scores in the 50s and below means the athlete needs more practice. The athlete’s position in the saddle will not be included in scoring, only the horse’s movements are judged.

Para-Equestrian Driving has been a part of international para-sports since its first introduction in 1989 in Great Britain, but the FEI took over its governance in 2006. Para-Driving has the same three phases of competition as in able-bodied driving: dressage, cones, and marathon. The phases are completed over two or three days of showing.

In the dressage phase, drivers are judged on the regularity of the horse’s strides, ease of movement, bend of the horse when going around turns, style, and accuracy. Athletes are also judged on their dress, and the condition of their horse, carriage, and harness. The cones portion is where drivers must guide their team of horses through numbered cones with balls on top, and drivers incur penalties each time a ball falls. The speed of driving and width between cones changes with the level of competition. The marathon portion assesses the fitness and stamina of the horse team as well as the ability of the driver to lead them through an obstacle course.

The classification process for para-driving is the same as para-dressage, except drivers are separated into 1 of 2 grades instead of 5. Grade 1 drivers are those with moderate to severe impairment in all four, 3, 2, or 1 of their limbs and the trunk who may or may not be able to walk; severe upper body impairment with minimal lower body impairment and vice versa. Grade 2 drivers have a wide variety of impairments such as mild impairment of all four limbs, severe impairment of limbs on one side of the body, and moderate or mild impairment of 1 or 2 limbs. Overall, Grade 2 drivers experience less impairment than Grade 1, As in para-dressage, the grade and profile of a driver determines the compensating aids they can use in competition.

The dressage portion of para-driving is scored the same way as para-dressage, with judges scoring each maneuver out of 10, and then the scorers changing the points to decimals and averaging their scores together to get a final percentage. The athlete with the least amount of penalties wins. In cones and marathon, the judges and scorers keep an eye out for penalties, and the driving combination with the lowest amount wins.

There are four levels of para-driving competition held in open classes: Training, Preliminary, Intermediate, and Advanced. Drivers progress through the levels as they increase accuracy, precision, and skill with their team of horses.

Para-Showjumping is the newest para-equestrian discipline to emerge, and is slowly gaining traction in the Americas and Europe. In Europe, para-showjumping teams are beginning to be recognized and allowed to compete nationally and internationally. However, it has yet to be fully integrated into equestrian sport in North and South America, where it is still not seen as a pars-discipline.

Due to this, riders like Wren Blae Zimmerman and Isa Berdugo are serving as advocates for the sport and competing against able-bodied riders at competitions in order to encourage other para-riders to try the sport and foster an interest in it,

Para-Equestrian Reining was developed in 2013 as a collaboration between USA Reining and the United States Para-Equestrian Association to give riders with disabilities the opportunity to participate in the western riding discipline of reining.

In reining, riders perform a pattern designed to show off the capabilities of cow and ranch horses. The movements in a pattern can include small and large circles, 360-degree spins, rollbacks, sliding stops, and flying changes, as well as the western lope, which is effectively a canter.

The classification system for reining is similar to the one for para-dressage, except there are 4 grades. Grade 1 is for riders with the most severe impairment and Grade 4 is for riders with the least impairment. Currently, only national classification is available for para-reining. Grade 1 riders are usually wheelchair users with impairment in all four limbs, that can walk with help. Patterns in Grade 1 are walk only and riders can be assisted in the arena if needed, and they can ride using one or two hands. Grade 2 riders are usually wheelchair users that can move their limbs some, and that can walk but have low balance and function. Walk and trot patterns are included, riders can use compensating aids, and may choose to ride with one or two hands. Grade 3 riders are those who are able to walk without help but have minimal limb use, Patterns with a modified lope are included, riders are allowed to use compensating aids, and they may ride one or two handed. Grade 4 riders are impaired in one or two limbs. Lope patterns and the same patterns that able-bodied riders perform are used in this grade, and riders may use compensating aids, but they must only ride their patterns one handed.

In competition, movements are scored in half-point increments, with a low score of -1 ½ to a high of + 1 1/2 , and a score of score being the middle ground and denoting a movement that is performed correctly with no difficulty. Whole patterns are given a score on the basis of 0-infinity, with 70 denoting an average score. The rider with the highest score wins. 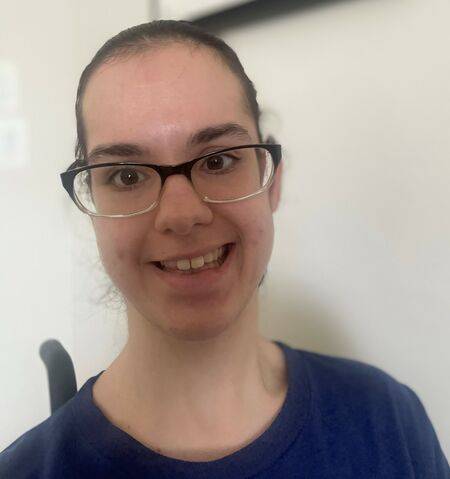 Hello, I am Bryanna Tanase. I am a 22 year old Grade 1 Paradressage Rider from Tarpon Springs FL living with Cerebral Palsy. I am a lifelong horse lover who finally realized my dream of riding four years ago when I began taking lessons at Quantum Leap Farm in Odessa, FL. My big dream is qualify for the US Paradressage team and represent my country at the Paralympics! I love Kerrits because of their commitment to inclusion and support for riders of all backgrounds.