Find a Retailer Near You Log in
Access Denied
IMPORTANT! If you’re a store owner, please make sure you have Customer accounts enabled in your Store Admin, as you have customer based locks set up with EasyLockdown app. Enable Customer Accounts 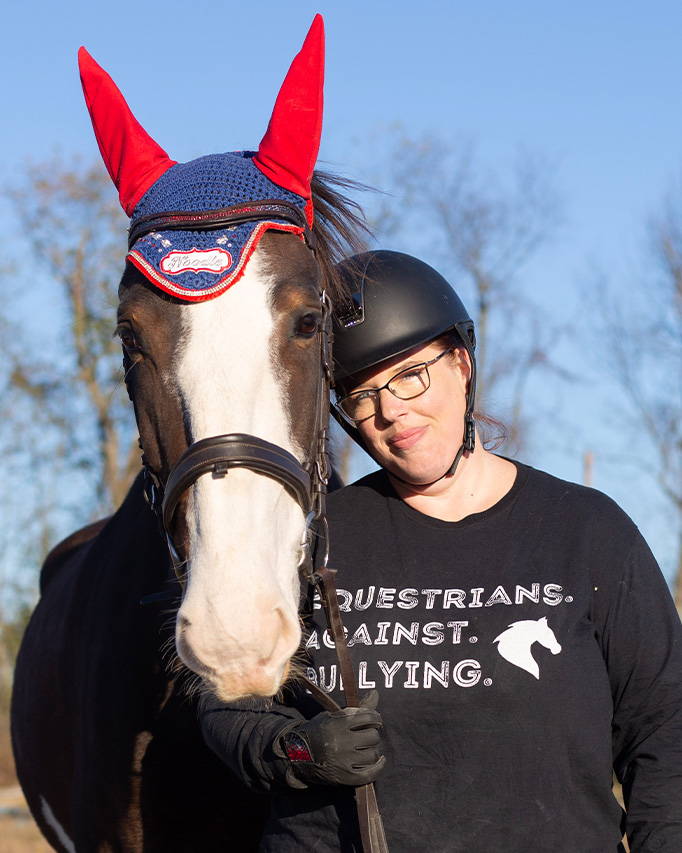 My name is Kylie Shariff, I am a proud plus size rider doing my best to break down the fat shaming walls in the equestrian community! I have been riding for 27 years and own 3 beautiful horses. I knew I wanted to ride from the age of two when I took my first pony ride. I have always been big and when I was 10 my fatphobic trainer gave me my first taste of what life as a plus size equestrian would be like. I get hate on a daily basis from people who just don't understand but I will always fight for other plus size riders and do my part to end the bullying and fat shaming in the equestrian world.

"I was once told at a show that if I lost some weight, I would probably place higher. How is that acceptable?"

I have always been plus sized. In elementary school I was forever the tallest child in class, and the heaviest. No matter how good or bad I ate, no matter how much I did or didn’t exercise I remained heavy set. Now to some, being plus sized and being an equestrian don’t necessarily mesh. I grew up with a trainer who was one of these people. She taught me a lot, but she also left some deep emotional scars due to her near constant fat shaming. I vividly recall a lesson when I was around the age of 10. I was riding a 14 something hand mustang pony that I had enjoyed dozens of times. On that particular day my trainer, for whatever reason, decided that I was suddenly too big for this pony. She stopped the lesson out of the blue, had me dismount and follow her up to her house. When we got to the house she pulled out a scale and made me get on it. Then proceeded to tell me that I could no longer ride that pony. That was one of the most embarrassing moments of my younger years. I may not know a lot in this world but I know that at the age of 10 I was nowhere near too heavy for a 14 something hand, stocky mustang.

That was the first time I really began to understand that I was different, that I may have a harder time gaining acceptance in the equestrian world because of how I looked. I was once told at a show that if I lost some weight, I would probably place higher. How is that acceptable? If a rider is properly matched to their horse and rides well, that is all that should matter in the show ring. In the years that have passed since the day that I was forced off the pony and onto a scale, acceptance of plus sized riders has definitely improved, however there is still a long way to go before we are seen simply as equestrians and not as plus sized. I run a social media account that is dedicated to portraying myself as a role model for other plus sized riders. On a daily basis I receive messages from plus sized equestrians around the globe telling me their stories, how they’re afraid to post photos or videos of themselves online because of the backlash they may face. How they thought they were limited in what they could do with horses and then they see my account and realize that there’s someone out there who looks like them that is going out there and doing all of the things that they wish they could. 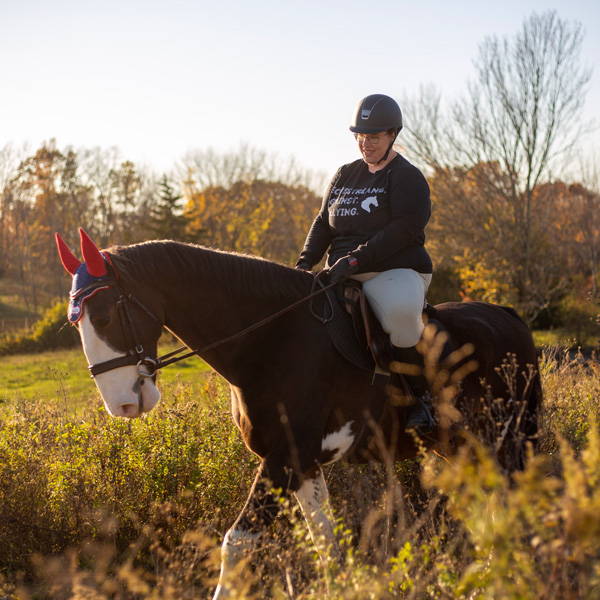 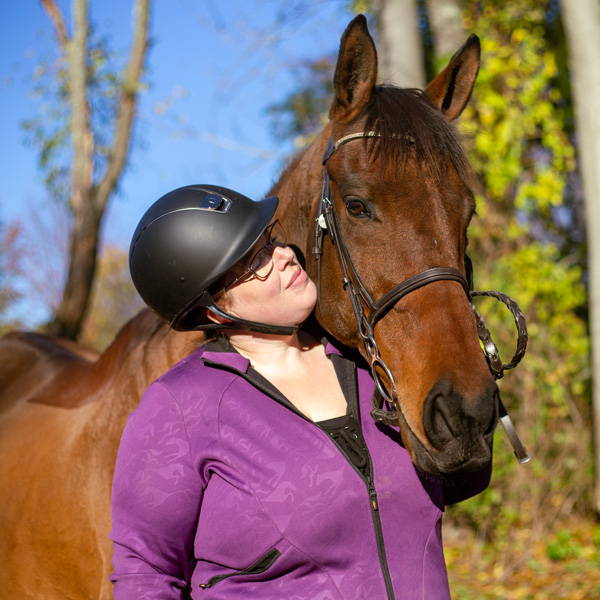 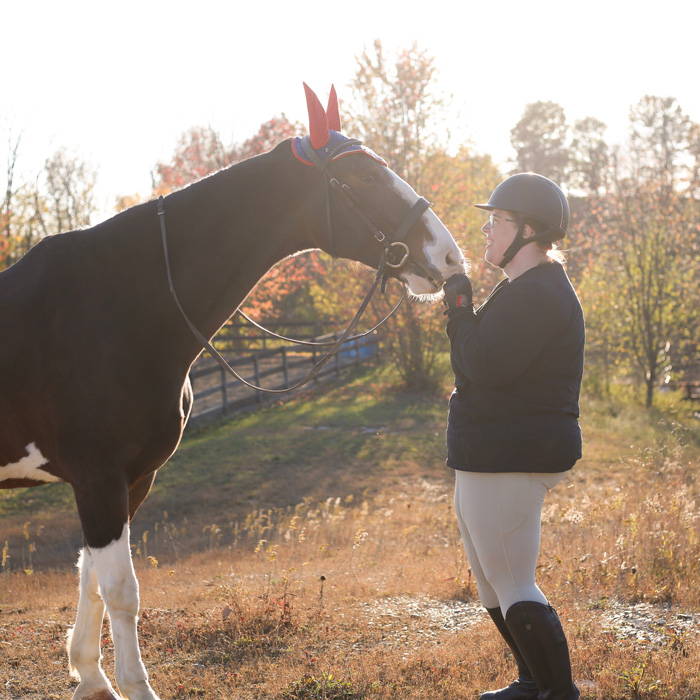 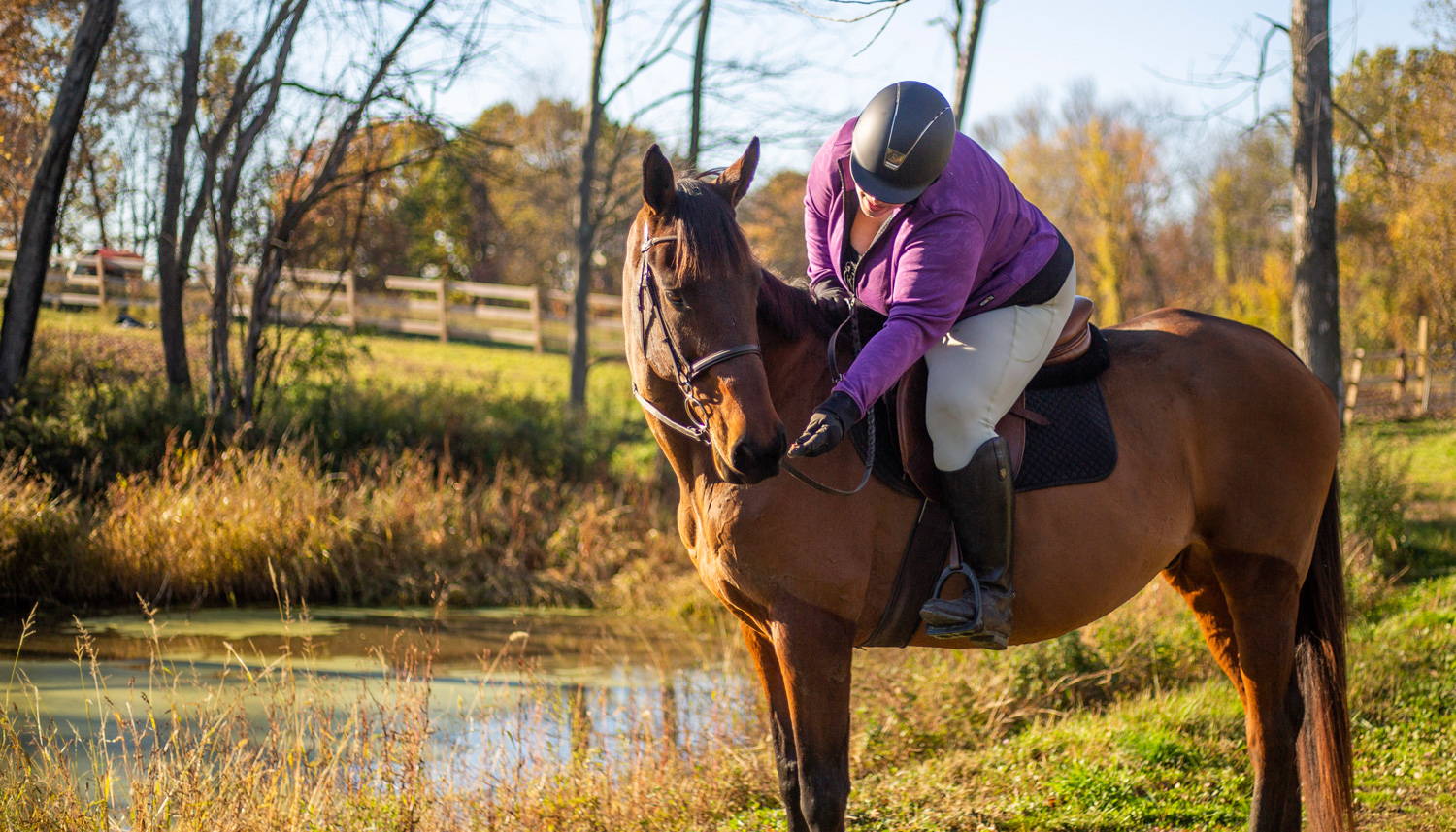 [People] are so quick to judge based on a photo or a 15 second video instead of talking to me, asking about me or my horses and expressing their concerns in a productive and healthy way.

There is not a day that goes by that I don't get some kind of negative comment on social media. The most common one is simply "poor horse". So many people see an overweight rider and assume they are too big for their horse simply because they are overweight. They are so quick to judge based on a photo or a 15 second video instead of talking to me, asking about me or my horses and expressing their concerns in a productive and healthy way. I have shed a lot of tears over the judgement I receive for being a plus size rider. Sometimes I don't understand why people feel the need to judge and discriminate and be cruel without even knowing me.